April 2022 pension changes: What GPs and practices need to know

Financial expert Paul Forder reviews the background to the age discrimination McCloud case, what changed on 1 April, and what further change lies ahead. 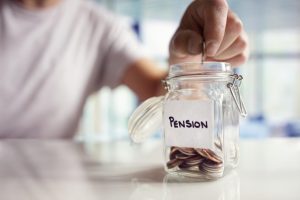 On 1 April 2022, all active members of the NHS Pension Scheme (NHSPS) were moved over to the ‘new’ reformed pension schemes that were introduced in 2015.

This is the first step in the government’s multi-stage process to remedy age discrimination in public sector pension schemes. GPs and practice managers need to be aware of what it means for their own and their staff members’ pensions, as well as what future changes could still be to come.

What is the McCloud remedy?

In April 2015, public sector pension schemes were reformed, with most members moved into new career average arrangements. Following consultations with member representatives, ‘transitional protections’ were put in place to protect those close to retirement.

These protections meant that members within 10 years of retirement on 31 March 2012 would not move from ‘legacy schemes’ – the 1995 and 2008 NHSPS sections – to the ‘reformed’ schemes, usually referred to as the 2015 schemes. It also meant that those between 10 and 13.5 years from retirement would move to the reformed schemes, but later.

In December 2018, the Court of Appeal found that these transitional protections unlawfully discriminated against younger members of the judicial and firefighters’ schemes. In July 2019, the government accepted that the judgment applied to all the main public service pension schemes, including the NHSPS, and launched a consultation in 2020 with a proposal to remove this discrimination from all public sector pension schemes.

The remedy it has settled on has two stages.

The first stage was to move all active members of the NHSPS to the 2015 scheme from 1 April 2022 – a measure designed to ensure equal treatment for all in future.

The second stage will be to give affected members the option to choose which pension scheme they accrued benefits in (the legacy scheme or the reformed 2015 scheme) for the ‘remedy period’ in which the inequality occurred – April 2015 to April 2022.

This approach is known as the Deferred Choice Underpin (DCU).  Affected members are those who were in service on or before 31 March 2012 and were a member of the scheme on or after 1 April 2015 or had a break in service after 31 March 2012 but returned within five years.

These individuals will be asked to make their choice when they access their benefits, and the government has given public sector schemes until 1 October 2023 to put the processes required to make this decision in place.

Members will not be able to make their choice until this is done. If they have already retired before October 2023, they will still be offered the choice, and any change in benefits will be backdated.

1 April – what happened, and what does it mean for GPs and other members?

The first stage is what’s happening now. On 1 April, the 1995 and 2008 sections of the NHSPS both closed and all staff who contributed to those schemes have automatically been transferred to the 2015 career average scheme.

Crucially, any pension a member has built up in the 1995 and 2008 schemes will not be lost.

For GPs, the potential shift is not – in practice – likely to feel hugely unfamiliar. While the 1995 and 2008 sections operated on a final salary basis for other roles in the NHSPS, for GPs they were career average schemes, operating in a similar way to how the 2015 scheme does now.

However, there are differences between the three parts of the NHS Pension Scheme – the 1995 section, the 2008 section and the 2015 scheme – that will be helpful for GPs to be aware of for understanding and assessing the growth of their pension pot, and when it comes to their retirement plans.

One area is in how pension pots are accrued.

For 1995 scheme members, each year that a GP belongs to the NHSPS, their earnings are added to a pot, the total of which is revalued annually to factor in inflation. The resulting figure is known as their uprated earnings. They will receive an annual pension based on 1.4% of their total uprated earnings.

In the 2008 section, the pension is based on 1.87% of a GP’s uprated earnings. Meanwhile, those in the 2015 scheme will receive an annual pension calculated at 1/54th of each year’s pensionable pay. Like the previous schemes, this amount is revalued each year in line with inflation.

The schemes also have different mechanisms for lump sums, which may be part of a GP’s retirement income plans.

With the 1995 scheme, a tax-free lump sum is automatically paid on retirement, normally three times a GP’s pension. If individuals have membership on or after 1 April 2008, then they will also have the option of receiving a larger retirement lump sum in exchange for a smaller annual pension. If they choose to do this, then they will receive £12 of additional lump sum for every £1 of pension income exchanged.

A lump sum is not automatically available in the 2008 and 2015 sections. However, GPs have the option of receiving a lump sum by exchanging part of their pension, again receiving £12 of lump sum in retirement for every £1 exchanged.

It may be possible to take a lump sum up to a maximum of 25% of the ‘capital value’ of benefits being paid. The capital value is the value placed on an individual’s NHSPS benefits by HMRC and is calculated by multiplying their pension payable by 20 and adding any lump sum to be paid, with an upper limit of the Lifetime Allowance (AA).

Perhaps the biggest difference between the 1998 and 2008 sections and the 2015 scheme is that the latter pushes back a GP’s normal pension age (NPA) – the age at which they can take their full pension benefits, with no reductions – to the State Pension age. That’s currently 66 years old for both men and women and it will start to increase from 2026. By comparison, the NPA for the 1995 section is 60, and 65 for the 2008 section.

From a practical perspective, this increases the potential income gap for any GP planning to retire before their NPA. GPs can claim benefits from different schemes at different times, and if they accrue benefits in the 2015 scheme, they will need to wait for longer to access these, penalty-free, than they would for benefits accrued in the 1995 or 2008 section.

This could be an important factor for GPs to consider, especially considering NHS data shows that, as of 2019, the average age of a GP in the 1995 NHSPS section taking early retirement was 57. Bridging the gap will need to be accounted for within their retirement plans.

Ultimately, the benefits that GPs accrue in different pension schemes or sections will all contribute to the pension that they have when they retire. Factors such as different lump sum mechanisms and NPAs from section to section will need to be considered when thinking about what funds GP can, or should, access, and when. Here, speaking to a financial adviser who understands the complexity of the NHS Pension Scheme could be hugely valuable.

What about practice managers (PMs) and non-GP staff?

PMs and non-GP staff operated under ‘Officer status’ in the NHSPS prior to 2015 – the same way that hospital doctors and staff worked.

Here, benefits were accrued on a final salary scheme basis, with 1/60th of their final salary being paid for each year of service in the 1995 NHSPS and 1/80th in the 2008 scheme.

The lump sum calculation was also based on three times the pension payable, just like the GP 1995 scheme.

This meant that, for PMs and non-GP staff, the 2015 scheme was a material change in how the benefits are calculated. They will therefore need to look closely at the Deferred Choice Underpin option when they come to retirement to ensure they have opted for the most beneficial scheme for the seven-year remedy period.

What do I need to do now?

For the change happening on April 1, the key point to remember is that everyone has been moved automatically to the 2015 pension scheme, and that pensions built up in the 1995 and 2008 sections of the NHSPS will not be lost.

For members affected by the McCloud case, there will be a future choice to make regarding the Deferred Choice Underpin. That choice doesn’t need to be made now. But it will pay for members to be prepared.

The start of the McCloud remediation process could be an opportune moment for GPs to review their full savings and retirement plan to ensure that it still aligns with their ambitions and is on track to help deliver the retirement that they want. Taking the time to review and plan will help give practitioners the confidence that their retirement – and the decision they make with regards to the McCloud remedy – will deliver the best possible outcome for them.

Guide URL:
https://pulse-intelligence.co.uk/guide/april-2022-pension-changes-what-gps-and-practices-need-to-know/
<< PRINT BACK TO ALL GUIDES >> 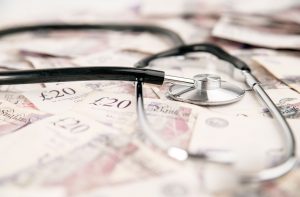