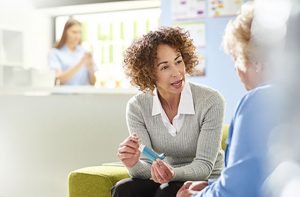 Data for the Quality and Outcomes Framework (QOF) collected from practices at the start of April 2021 has been released. It shows us just how much practices have stepped up to the plate during a public health crisis.

When it comes to trends in QOF data this year, we know things will look a little different as a result of the pandemic. Still, the statistics reveal a lot about what was going on in practices over the twelve months of 2020/2021.

First, a quick reminder of how things stood with QOF at the end of March 2021. Much of it had been suspended in various waves through the year. Points were protected in most areas but adjustments for disease prevalence remained. Effectively the disease registers stayed in place.

Indicators for flu vaccination were also preserved and had their points doubled. The same was the case for indicators concerning cervical screening.

For context, it is worth highlighting that many of the patients on the QOF registers were in those groups most at risk from Covid-19.  Patients with more than one diagnosis were particularly at risk. These groups were more likely to have been shielding during the year and perhaps more reluctant to come to the surgery. In addition, the QOF data extraction only looks at patients who were registered with a practice at the end of March 2021 – it is likely that the high mortality rates in both the first and second waves will be reflected to some degree in these statistics.

In other areas long-term trends continued, although registers were sometimes marginally down compared with where they might have been expected to be. Whether this is due to changes in diagnosis patterns or increased mortality in patients on these registers is difficult to conclude.

The asthma register returned to normal after a large rise in 2019/20 caused by many patients requesting inhalers in March 2020, just as lockdown began. Prescription of an inhaler is one of the requirements for entry to the register and as inhalers were given to patients who had not had them for a while, the register size received a temporary boost.

There was a new register this year for patients with non-diabetic hyperglycaemia. The register did not have an indicator of its own but there was an indicator to encourage these patients to have a blood sugar or HbA1c measurement during the year. In the end there was no payment at all for this indicator, but we do have the results. Overall, prevalence was just over 4% of practice lists but data suggests this is something of an underestimate. Practices with the highest prevalence had a register roughly twice the size of their diabetes register up to a ceiling of around 13%.

The flu vaccine indicators, with preserved payments, showed very high levels of achievement. More vaccines were given and we saw the lowest levels of exception reporting ever recorded. This reflects practices’ determination to deliver the flu programme in 2020 but also a high willingness among patients to receive the vaccine.

The other area with preserved points, cervical cytology, showed only a very small drop this year of around 1.5%. These indicators are little more complicated as they look back over three or five years. If there had been no cytology this year, we would have expected these to drop by 20 to 30%. It appears that practices responded to the message that cancer screening was a high priority and needed to continue.  Clearly, this was a service not happening over the telephone.

Indicators measuring processes like blood tests or disease reviews were down by about a third this year. This has been roughly consistent across all disease areas. Many of these reviews could only have taken place, at least partly, in person where blood tests, foot checks or blood pressure measurements were recorded.

The same drop was seen in most other most indicators such as smoking cessation advice. The drop in patients needing a dementia review was higher – around a half. These were patients that were most likely to be shielding through most of the year and formal face-to-face reviews a lower priority.

There were particularly low levels of achievement in the newly introduced indicators. This is not entirely surprising as they were suspended almost from the start of the year and had not been integrated into routine care at that stage. These indicators are now active in 2021/22, so it’s important to be aware of them. They are:

Reactions to the changes this year are likely to vary. Achievement for most indicators is down, but practices were aware through most of the year that QOF had been mostly suspended.

The data shows that in 2020/21 a huge amount of chronic disease work continued even in the face of the most challenging of circumstances. Care was delivered to many patients who were vulnerable to the effects of Covid in a way that minimised transmission of the virus within surgeries.

Once again practices have stepped up to the challenge – and we have the figures to prove it.

Delivery of care in numbers 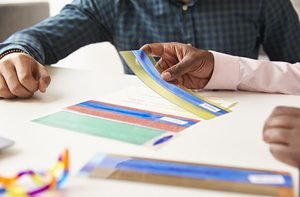 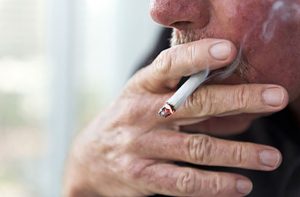